Blaize could be hitting the airwaves if plans to make a BBC documentary get the go ahead! Find out how a story penned by our Artistic Director Mike Bettison  caught the eye of BBC Radio 4 producers…… 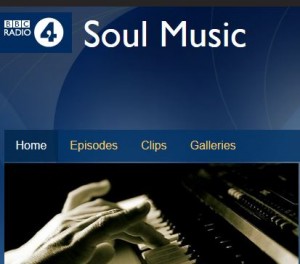 BBC Radio 4 is hoping to make a documentary about one of the world’s most famous folk songs – ‘Scarborough Fair’.

The song, made famous by US duo Simon and Garfunkel, could form part of the station’s ‘Soul Music’ series which explores famous pieces of music and their emotional appeal.

As part of their research into the song producers read an article written by Blaize Artistic Director Mike Bettison in ‘English Folk and Dance Magazine’, which traces the tune’s long history.

Mike said: “The BBC got in touch with me to say they had read the article. I was obviously very flattered and keen for the show to go ahead. They want to hear from anyone who has made a special connection to the song and I am sure there will be many out there who do.”

Mike’s interest in the song was sparked during his research into a Blaize Theatrical production about the life of British theatre legend Joan Littlewood and her partner Ewan MacColl. ( https://blaize.uk.net/joan-and-jimmy/).

Through his work, he discovered that MacColl had published ‘Scarborough Fair’ in a collection of traditional folk songs years before it became famous.

Curious to find out how it fell into the hands of the famous American folk duo, Mike visited the Library of Contress in the USA back in 2011.

It was there he unearthed information which proved that ‘Scarborough Fair’ was originally recorded in a Teesdale pub in the 1940’s by a lead miner named Mark Anderson.

The song, which became an overnight sensation for the US duo, was ‘collected’ but not published in the UK until the folk music revival of the 60’s.

Five years later it came to the attention of singer Paul Simon after he heard it performed by leading English Folk musician Martin Carthy during a visit to London.

Simon then took the song back to the US where it became lead track of the 1966 album ‘Parsley, Sage, Rosemary and Thyme and was featured in the soundtrack of the hit movie ‘The Graduate’.

Mike said: “There were various versions of the song originally but the Simon and Garfunkel version came from a Teesdale Collection, published by Ewan MacColl, which was written down by hand and not recorded. It will be interesting to find out what stories the BBC is able to uncover about Scarborough Fair’s significance to people.”

If the show goes ahead, Mike could be featured on air talking about his research.

He said: “It’s very exciting for Blaize to be featured on the BBC. I hope people get in touch with them to share their stories about the song.”