Why I love my job – and rural touring! From Blaize social media manager, Andrea Hardaker! 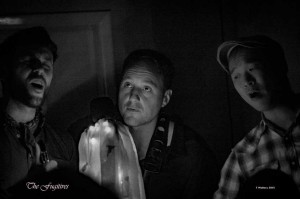 Rural Touring, Village Halls and me…

Before I started working for Blaize five or six years ago, I’d never really heard of rural touring.

I knew events were put on in small venues and had enjoyed some classes at my local village hall – I joined a djembe group, attended yoga classes, baby massage, mindfulness etc.  But what I wasn’t aware of, was the sheer scope of activities village venues had to offer.

Working at Blaize opened up a whole new world for me and it was a world I was, and still am, proud to play a part in.

My first experience of rural touring was a visit to Epworth, north Lincolnshire, to see Canadian band The Fugitives. (A Canadian band coming all the way to Epworth? What was that about? I had to ask). Blaize has strong links with Contact East and the Atlantic Presenters Association in Canada who help us bring over some of the country’s best and biggest to take part in rural touring. It’s incredible. There’s not been a single act I haven’t loved. So much so, it makes me want to move to Canada! (But actually, I don’t need to – because Canada comes to me!)

To say that Fugitives concert blew my mind would be an understatement. The sound was incredible and being so close to performers was wonderful.

I was a teen in the eighties, where bands often performed in intimate venues, because giants like The O2 didn’t exist. To me, even back then, venue was everything, my favourite being The Barrowlands or King Tuts in Glasgow,  fairly small venues in Scotland, but full of character and just the right size for me to at least feel like there was some sort of connection between me and the artist. (‘Mark E. Smith looked straight at me!’ ‘I was so close to the stage I could almost touch Jarvis!’ were some of the claims to fame my friends and I shared).

My first experience of a venue that was too big for me to enjoy was watching REM at Murrayfield Stadium in Scotland. Michael Stipe was a dot on a stage. He sounded good but I wanted to be closer, so much closer.

In more recent years, I’ve been with my own teenagers to see bands in larger venues in Manchester, Leeds etc. But the entire experience has left me cold. We have always been sitting miles away from performers, who are barely visible on the stage and the atmosphere has been, well, flat, for want of a better word. I might as well have been at home watching it on television.

But seeing The Fugitives in Epworth was spellbinding. At one point the band moved to the back of the room, dimmed the lights and sang into a fifties-style microphone in near darkness. It was just magical.

And that kind of magic is infectious. I took my daughter, then twelve, along to see a Canadian band called Red Moon Road, who were also touring with Blaize. My daughter, is now fourteen but has been singing live since she was around nine and is a very able and keen musician. She was able to meet and chat with the band, who treated her with so much respect, and who dedicated a song to her in their show! The impact was immense. Beth was given a CD of their music -a sophisticated mix of folk music. It was played over and over and over and …over. And it became a real inspiration for my daughter, who is now being offered gigs of her own and has developed a small fan club at adult open mics!

Since then, I’ve seen some furious fiddling, bmx dance, heard cowboy yodelling, and been so engrossed in a play about a WW11 nurse I’ve almost had to excuse myself to go off and cry (loudly) in the nearest loo. All of this in small village venues.

The magic of the acts provided by rural touring is that intimacy that village venues provide – and also, in some halls, you are treated to delicious food or snacks, depending on facilities! Promoters are always so welcoming and work so hard for us. We are forever grateful for the work they put in to make these acts work.

Nights are long and hard during autumn and spring when our Live Lincs (North Lincolnshire) and ArtERY Live (East Yorkshire) events are on. But they whizz by when there is so much to look forward to.

So support your village hall or venue. Attend as many events as you can – stretch yourself! Learn new skills, enjoy home cooking, meet new people, sit back and soak it all up. It’s all there waiting for you – right on your doorstep…